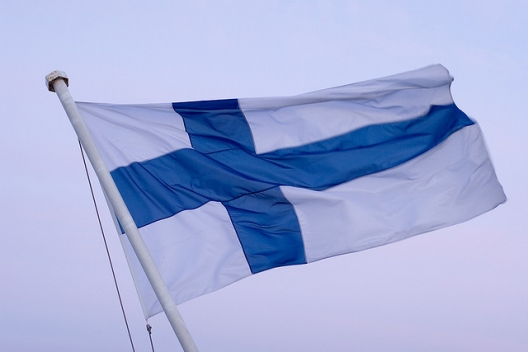 Last week, Finland’s new government announced that they will explore the possibility of NATO membership. While wariness is still evident in Finland’s public and membership likely a ways off, the government’s clear focus on NATO underscores the serious threat they face from an aggressive Russia. Helsinki’s stance makes a full exploration of the benefits of future Alliance membership by its policy makers more crucial than ever.

For Finland, NATO membership would first and foremost satisfy the desire for the collective defense power of the alliance through its Article V language. While Finland boasts a reserve size of 900,000, its standing armed forces number just 35,000. The hardware that it would bring to a fight on its own – 60 combat aircraft and 250 battle tanks and fighting vehicles – is impressive for a country of that size but would not be enough to withstand the brunt of Russia’s forces, whether through a traditional invasion or hybrid warfare incursions as seen in Ukraine. By joining an alliance that collectively numbers 3.3 million troops and whose combat equipment numbers in the thousands, Finland would greatly bolster its territorial defense capacity.

Finland’s membership would also help resolve the current policy ambiguity about the alliance’s responsibility to the Nordic non-members. What level of assistance, lethal or otherwise, would be offered by NATO to Helsinki (and Stockholm for that matter) in light of the increasing Russian aggression in the region remains an unknown. Their Scandinavian neighbor Norway’s position was made clear when in 2013 then-Defense Minister Anne-Grete Strøm-Erichsen publicly stated, “it is uncertain whether Norway will help if Sweden [and presumably Finland] is attacked because they are not members of NATO…” However, due to Finland and Sweden’s contributions to various NATO operations and close bilateral ties with many allies, if either was attacked pressure would likely build within NATO to take some level of action on their behalf.

On the Finnish side, the accusations of possible free-riding do not go unnoticed. In November of last year, when queried about Finland’s status regarding NATO’s collective defense, former Prime Minister Alex Stubb bluntly stated, “We are not passengers.” The lack of clarity and negative perceptions that currently hang over the relationship create a strategic grey zone in northern Europe that can easily be exploited by Moscow. Full membership will remove this friction point on both sides, creating greater resolve and commitment in Brussels and Helsinki.

Joining NATO would also open avenues for operational integration with alliance militaries. Finland often finds itself left out when NATO works through planning scenarios, especially those that deal with Article V contingency operations. The nation does participate in certain NATO exercises and operations such as in the Balkans and Afghanistan. However, they can come with caveats because of their non-member status, such as their qualified level of participation in NATO’s Icelandic air policing mission, thereby complicating planning considerations on both sides. As the focus continues to shift closer to its Baltic neighbors, Finland should want its inputs considered for any NATO operational planning on Nordic-Baltic security.

Finally, joining NATO would provide cost-savings on increasingly expensive materiel. Finland is facing significant defense spending constraints. Despite the new government’s goal of increasing defense spending, Finland is in the midst of a recession and is looking to cut almost 6.5 billion dollars in government spending over the next five years. By joining an organization that collectively accounts for over 60 percent of the world’s total defense spending, it will find certain cost benefits. It will give Helsinki the financial breathing room needed to focus on specific priorities, such as a replacement for the FA-18 Hornet aircraft, while leveraging other assets already within the alliance.

NATO stands to gain as well should Finland eventually choose membership. Militarily, it is very difficult for NATO to defend its Baltic allies if Finland is not factored in; any reasonable scenario today includes some level of Finland-NATO military cooperation. But the level is uncertain as NATO lacks clarity regarding how much Finland can and should be included in its operational calculus. The Baltic nations steadfastly support Finland’s NATO membership, particularly Estonia who shares a strong bilateral relationship with its Finnish neighbor. To truly solidify Finland’s participation, especially during the operational planning phase and any subsequent exercises, having Finland in NATO would significantly improve the security of the Baltic republics.

The new government’s shift in policy to a more open discussion and analysis of NATO membership is welcome and necessary, particularly in light of the new dynamics in West-Russian relations. As special advisor to Finland’s Minister for European Affairs Pasi Rajala said recently, Finland will respond to Europe’s deteriorated security environment with an active foreign policy, stronger national defense and deeper international security cooperation. By openly discussing alliance membership, Helsinki is taking a pragmatic approach to its defense while sending a clear message to Moscow: push any further and Russia may share an additional 800 miles of border with NATO.

Mark Seip is the senior Navy fellow at the Atlantic Council. The views expressed here are his own and do not reflect those of the Department of Defense or Department of the Navy.