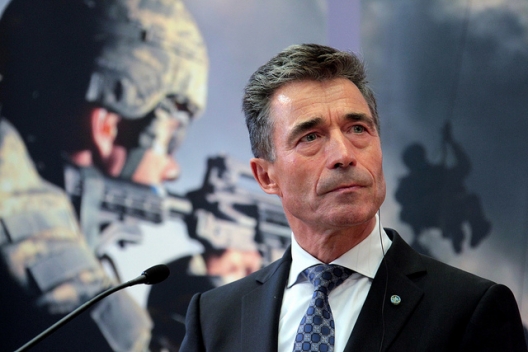 NATO needs to find consensus on at least five questions which go far beyond the current crisis in Ukraine.

1. How to shape long-term relations with Russia?

In principle, four kinds of relationship with NATO are plausible:

There appears to be agreement among the Allies that the strategic partnership no longer exists, and that there is no realistic chance of a “reset” or a return to the status quo ante, in the sense of favoured relations – at least not under President Putin. NATO is currently divided over the three remaining options, with consensus still to be found. . . .

It seems likely, though, that because of geography and historical events, individual Allies will always differ in their perception of Russia – a more adversarial view from countries like Poland or Estonia, and a more cooperative stance in Germany, France or Italy. Still, conceptually, NATO as an Alliance needs to agree on one of the four models.

2. How to deal with the enlargement question?

The Ukraine crisis has added new dynamics to the issue. Georgia is even more committed to joining NATO and has tried hard to fulfill the requirements. As a result, in Wales, it will receive a number of concessions from NATO to make it plain and clear that the country has made significant progress on its way towards membership. Ukraine is likely to revise its 2010 decision of non-alignment and will insist on NATO’s membership guarantee of 2008 – even if no timeframe was given. This will bring up the fundamental question of whether or not a country of the size of Ukraine, with border disputes on its territory, a partly dysfunctional state and under threat of further disintegration, can be integrated into NATO at all. NATO members might be able to postpone the issue for a while but, sooner or later, they will have to face it.

Furthermore, in Sweden and Finland, the number of those who argue in favour of NATO membership is rising constantly. Should the two countries make a serious bid for membership, the implications would go well beyond the immediate issue of enlargement and Russia’s potential reactions. Given that the US Senate, which has to ratify any accession, has defined a defence budget level of two percent of the GDP as mandatory for every membership candidate, both countries would have to raise their defence expenditure significantly. Should they do so, this would increase the pressure on other NATO members to reach the two percent target as well – something NATO Allies have promised time and again. It is ironic that most of NATO’s current members would not be able to join the Alliance today in view of the hurdle put up by the US Senate.

3. How to cope with Washington’s pivot towards the Asia-Pacific region?

European NATO members expect credible security commitments from the US, as the world’s largest military power. Moreover, many Alliance members encourage the US to share their newly gained wealth in energy resources by exporting more liquefied gas (LNG) in order to help reduce Europe’s dependence on Russian energy supplies. The United States will do both, but only in exchange for Europe sharing the burden by providing more resources and showing more engagement in other areas. In the long run, this will include higher defence spending and greater responsibilities for Europe on the international scene. Since virtually no European NATO member has the means for long distance power projection to Asia, the bargain could be that Europe ensures the stability of its neighbourhood, in Africa or the Middle East, thereby freeing up US resources to be deployed further away in the Asia-Pacific. The initial debate in Germany, where prominent voices are arguing in favour of greater German responsibility in foreign policy issues (which does not necessarily mean more military engagement), is going in that direction.

4. How to adapt NATO partnerships to the post-Afghanistan world?

One of NATO’s true success stories is the establishment of close partnerships with a host of nations around the globe. . . .

[T]he Ukraine crisis has highlighted a question which has been papered over for a long time: does a NATO partnership, particularly a privileged one, imply any form of NATO security assurance for the partner country? In the case of Russia’s aggression against Ukraine, NATO refused any kind of commitment, implicitly arguing that Ukraine was not a NATO member state and could, therefore, not hope for Alliance solidarity according to Article 5 of the Washington Treaty. This was broadly accepted, not least because there appeared to be only limited strategic interest in Ukraine on the part of most NATO members ̶ still this was not fully correct. The PfP Framework Document, the basis of NATO’s Partnership for Peace, which has also been signed by Ukraine, states that every PfP member can call for individual consultations with NATO in the event of an immediate security threat. NATO offered this back in 1994, partly because the creation of the PfP was also a way to postpone the enlargement process and buy time for further deliberations on which countries should join NATO and on how to soothe Russia’s concerns. After 1999, when the accession of Poland, Hungary and the Czech Republic sparked a debate on the NATO membership of the three Baltic States, NATO members became even more explicit ̶ at least on the declaratory level. Torn between the pressure of Latvia, Lithuania and Estonia for membership on the one hand, and harsh Russian protests on the other, NATO officials argued that even if the Baltic states did not join the Alliance, the difference between membership and non-membership would be “paper thin”. This was a promise ̶ some say a sedative ̶ to the applicants, that NATO would not remain passive if one of the three Baltic states came under threat, even if they did not yet formally belong to the Alliance.

5. What will NATO’s role be in the Middle East?

Consensus on crisis management operations, namely military interventions to stabilize regions abroad, is hardly likely to be found again. The deeply-felt “intervention fatigue” in NATO and the EU is not only the result of the colossal amount of resources those operations consume but first and foremost, of the limited results that have been achieved so far. NATO nations have become very humble with respect to the gains in security and stability that can be achieved through interventions abroad. After 13 years of fighting in Afghanistan and billions of dollars and euros spent in nation-building efforts, it still remains to be seen whether the undisputed accomplishments will be lasting, once the combat missions are over. In Libya, the country has proven incapable of building a new political order since the Gadhafi dictatorship was successfully removed. Almost three years after NATO’s successful intervention, Libya is still torn apart by tribes, clans and religious groups, with no prospect of creating a stable order soon. The disastrous results of the post-intervention phase in Libya are one of the reasons why NATO was so hesitant to intervene in Syria, even if the death toll was significantly higher than in Libya. . . .

Russia’s neo-imperial undertakings in Ukraine and elsewhere have not only re-emphasized NATO’s relevance as a Euro-Atlantic defence Alliance. The current crisis also highlights other core questions that NATO has, so far, dodged or not discussed with the necessary rigor. Hence, NATO’s two-fold challenge will be to preserve the territorial integrity of its member states against external threats, while simultaneously remaining an important stability provider on the international scene. The key to NATO’s success over more than six decades was its ability to adapt to changed circumstances. Russia violently changing the borders in Europe is one such change, but the other five, mentioned above, need to be tackled as well.

Karl-Heinz Kamp is the Academic Director of the Federal Academy for Security Policy in Berlin. The views expressed in this paper are the responsibility of the author alone and do not necessarily reflect the opinions of the NATO Defense College, or the North Atlantic Treaty Organization.