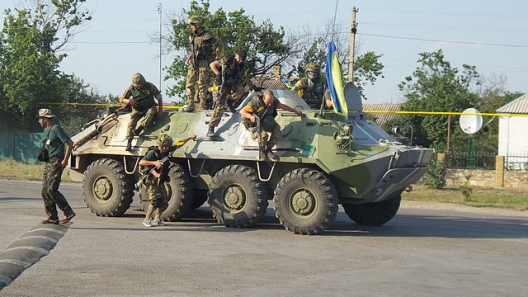 Mr Putin has demonstrated no interest in ending the conflict or finding a workable political solution. …

The question is how to increase those costs for Mr Putin. The answer is provided in a report to be published next week by a group of organisations including the Chicago Council on Global Affairs (where I am based), as well as the Atlantic Council and the Brookings Institution. It has been written by a group of former US diplomats and military officers — including Strobe Talbott, former deputy secretary of state; Adm James Stavridis, former Nato Supreme Allied Commander, Europe; Michèle Flournoy, former undersecretary of defence; former ambassadors to Nato and Ukraine (including me, John Herbst and Steve Pifer); and Jan Lodal and Gen Chuck Wald, former senior defence officials….

With the recent escalation in fighting, the time to provide real military aid to Ukraine is now. And it needs to be substantial. It should start with the US providing $1bn in military assistance as soon as possible, with a further $1bn in each of the following two years. The focus of this assistance should be on enhancing Ukraine’s defensive capabilities, including by providing counter-battery radars to locate long-range rockets, unmanned aerial vehicles (UAVs), electronic counter-measures for use against opposing UAVs, secure communications capabilities, armoured Humvees, and medical support equipment.

To be effective, military aid also needs to include lethal defensive capabilities, especially light anti-armour missiles, given the large numbers of armoured vehicles that the Russians have deployed in Donetsk and Luhansk and the abysmal condition of the Ukrainian military’s own weapons. The US should not be the only one to help Ukraine; other Nato members should contribute, especially those allies that operate former Soviet equipment compatible with the arms currently in the Ukrainian inventory.

To date, the arguments against direct military assistance to Ukraine have won out. Fears of escalation and concerns that such steps would undermine a political solution have dominated the European debate. But doing nothing to help Ukraine has not prevented Russia from escalating the conflict at every turn — from annexing Crimea, to assisting separatists in Donbas, to sending thousands of troops to reverse Ukrainian advances, to financing, supplying, training and fighting alongside the separatists in the latest fighting.

As for a political settlement, it should be evident that Mr Putin will settle only when the costs of continuing the war are too high. Supplying arms to Ukraine will raise the costs to Russia — and thus heighten the likelihood that a real settlement can be negotiated. The time for doing so is now.

Ivo H Daalder is president of the Chicago Council on Global Affairs. From 2009-13 he was the US permanent representative to NATO.