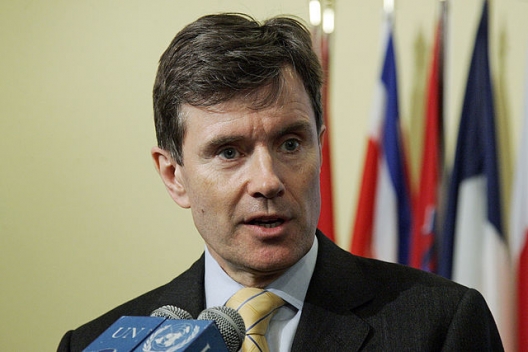 “We shouldn’t kid ourselves that Russia is on a path to democracy because it isn’t,” Sir John said.

“One of the aspects of the modern world is that we live in a much more dangerous world these days.”

“This crisis at the moment – it’s focused on Ukraine but Ukraine is a symptom. It’s not the real problem.”

“The real problem is how we live with a Russia which feels very exposed. Putin’s actions are ones of a leader who believes his own security is at stake.”

“And here we’ve got nuclear bombers approaching the Cornish coast….”

Sir John said the UK needed to prepare to take defensive measures for itself and the nation’s allies, which include the Baltic states and central Europe.

“What’s really important is that we’re able to fulfil all of our defence commitments and I think that that’s going to require a reversal in the trend in defence spending.”

“We’re going to have to spend more on our defence and our security because the threats are greater.”