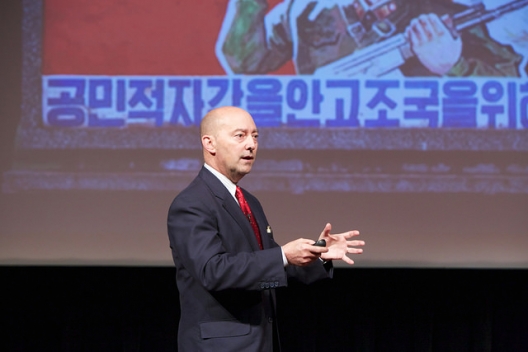 A former commander of Nato in Europe has called for the alliance to send arms and military advisers to Ukraine to help it fight Moscow-backed separatists.

“I don’t think there needs to be huge numbers of Nato troops on the ground. The Ukrainian military can resist what’s happening, but they need some assistance in order to do that.”

Ukraine announced on Friday that it would conscript 40,000 more soldiers next year and double its military budget, in an attempt to counter the separatist threat in the east. . . .

Bob Corker, the senior Republican member of the Senate foreign relations committee, said: “The hesitant US response to Russia’s continued invasion of Ukraine threatens to escalate this conflict even further. Unanimous support for our bill demonstrates a firm commitment to Ukrainian sovereignty and to making sure [Vladimir] Putin pays for his assault on freedom and security in Europe.”