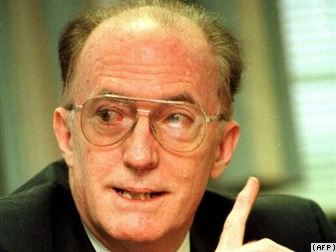 Would you say the highlights of the Lisbon summit will be Medvedev’s presence and the announcement of a new Afghan troop withdrawal plan?

One of the most important things that will happen, it appears, is for NATO to start putting into place the last piece of the great jigsaw puzzle created by [former] president George H.W. Bush in 1989, when he talked about how to create a Europe whole, free, and at peace. The one piece that had been missing was an effective relationship between NATO and Russia, and for Russia to play a positive role in the future of European security. The fact that Medvedev is coming is indicative of that. How much of that is internal politics, Medvedev versus Prime Minister Vladimir Putin, one can’t tell, but it does look as though the Russians have made a calculation that it is worth it to Russia to be more engaged with NATO and more of a participant in the NATO efforts to redefine European security.

Now, emblematic of that will be the extent to which the Russians are prepared to sign on to the new U.S.-NATO methodology of doing ballistic missile defense, designed, of course, primarily against the possibility of Iranian missiles, but where Russia would have its own security enhanced against threats from the south and the east. In the past, the Russian have played a game saying that U.S. efforts to put some components of a missile defense in Poland and the Czech Republic were directed against Russia. That was always a propaganda red herring, but it does look that the Russians will take a positive attitude in Lisbon and might even sign onto what is being proposed in regard to the U.S.-led NATO missile defense system. …

Is there anything else happening that could pose a political or military problem at Lisbon?

Yes, the cuts that NATO countries have been making in their defense budgets–in particular the big three Europeans: the Germans, the French, and the British. It seems that these cuts were done without coordination, and even though each of them has tried to put the best possible face on it, the fact is that this reduces NATO capabilities. The response at the summit will be to adopt a Critical Capabilities Initiative. What I would like to see is a process where all the allies, including the United States, work together to limit the extent to which budget cuts also cut into NATO capabilities. The Europeans have about two million men and women under arms but can only deploy and sustain about sixty thousand-plus. The alliance needs to get the first number down in order to get the second number up. It also needs to get serious about the so-called Comprehensive Approach, the integration of non-military efforts like governance, reconstruction, and development, as in Afghanistan. This means breaking down the remaining barriers between NATO and the EU, which I don’t expect to happen at Lisbon.  (photo: AFP)