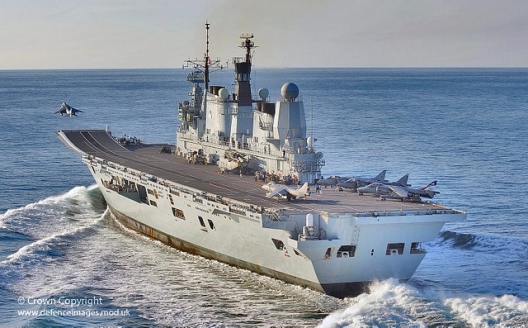 The French government’s public spending watchdog protested this week that a defence co-operation agreement signed by Jacques Chirac and Tony Blair in 2006 led to “a French contribution pure and simple to the financing of [two] British aircraft carriers in their early development phase.”

The amount of the accidental cross-Channel subsidy to HMS Queen Elizabeth and HMS Prince of Wales, now under construction on the Firth of Forth, is estimated as at least €100m (£82m) and possibly more than double that. The loss was buried at sea in the small print of the 2013 French defence estimates but dredged from its watery grave by the Cour des comptes, or court of auditors, in its annual report this week. . . .

President Chirac’s government decided to co-operate with Britain in building a new generation of aircraft carriers. France was to build one ship, to take the operational pressure off its solitary, nuclear-powered aircraft carrier, the Charles de Gaulle. The British were to build two vessels. . . .

France handed over €102m for the right to consult “off the shelf” the development work already undertaken by Britain. It contributed another €112m over the next two years for further studies. In 2008, under President Nicolas Sarkozy, Paris dropped its plans for the new aircraft carrier which would have cost around €3bn.