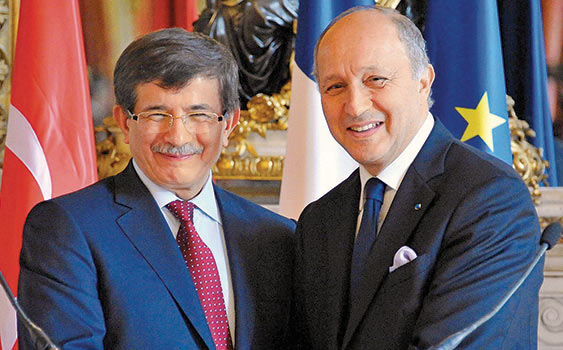 From Valentina Pop, EUobserver:  France wants to "give a new impetus" to Turkey’s EU membership talks, allowing negotiations to resume this week after a break of almost three years.

"We are favourable to the idea of opening talks on what is called chapter 22," French foreign minister Laurent Fabius said on Tuesday (12 February) in Paris after meeting his Turkish counterpart on the margins of a conference on Libya.

A spokesman for the foreign ministry later the same day confirmed that France, a long-term opponent of Turkish EU accession, has had a change of heart and wants to "give a new impetus to EU-Turkey relations."

He said Paris also expects Ankara to "contribute concretely to this dynamic. . . ."

But the negotiations stalled three years ago, in part due to Cyprus’ complaint that Turkish soldiers continue to occupy the north part of the island.

France has also proved hesitant to opening new areas in the negotiations, however – out of the 35 so-called chapters, just one has been concluded so far. . . .

"France’s signal of readiness for the EU to restart discussions on regional policy with Turkey adds to momentum to make 2013 a turning point in our relations," he tweeted.  (photo: Zaman)