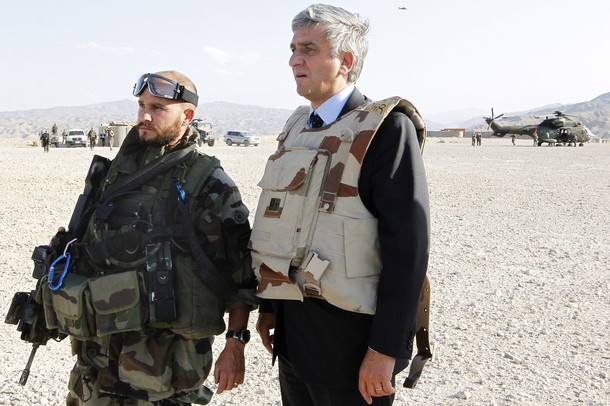 From Reuters:  French Defence Minister Herve Morin was quoted on Thursday as saying it was counterproductive to talk of withdrawing the 3,500 French troops serving with NATO forces in Afghanistan. …

But while both the United States and Britain have set target dates to withdraw some or all of their forces, Morin said: "To talk of withdrawal today is counterproductive.

"As long as security and stability are not effective in a zone, we must continue our mission. But intermediate stages should be set so public opinion doesn’t get the impression of a useless effort," he was quoted as saying.

Morin reiterated that the head of the French inter-service defence college, General Vincent Desportes, would be punished for saying in a newspaper interview that the U.S. strategy in Afghanistan was not working and the situation had never been worse.  (photo: Getty)