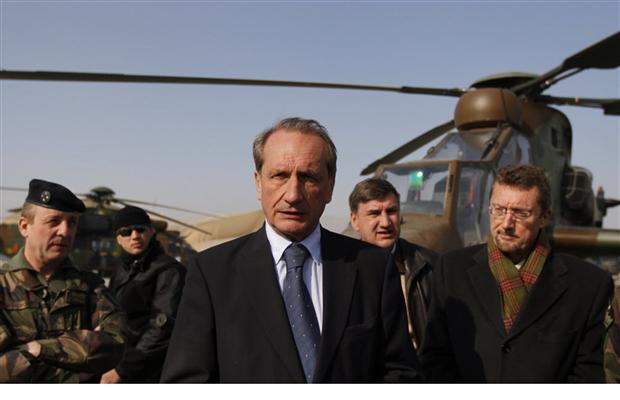 At the end of a two-day visit to the war-wracked country, Longuet told reporters at Kabul airport that a "treaty of friendship" was being prepared between France and Afghanistan.

"What is important is to have sustainable bilateral relations with Afghanistan," he said, adding that a visit to Paris by Afghan President Hamid Karzai was being planned.

He said the international coalition in Afghanistan should use a [G8/NATO] meeting in Chicago in the United States in May to take decisions to "bring sustainable financial support" to the country.

Karzai says Afghanistan will need the support of other countries for at least another decade beyond the 2014 departure of foreign combat troops.

But the international community says in return there must be clear progress on good governance, social development and the fight against corruption.  (photo:  Mohammad Ismail/Reuters)