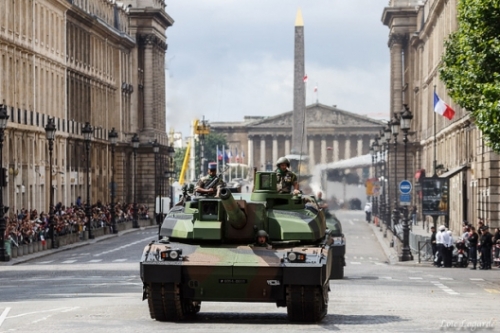 France is pledging tanks and armored vehicles to bolster NATO forces in Poland, where leaders are increasingly uneasy about Russia.

In a joint statement Friday after a meeting between French President Francois Hollande and Polish Prime Minister Eva Kopacz, the two governments also called for a cease-fire in eastern Ukraine, where fighting has intensified between pro-Russia separatists and government troops.

NATO has no permanent presence in Eastern Europe but since last April members have been cycling forces and military equipment through the region in response to Russia’s actions in Ukraine.

The French military equipment is expected to remain in Poland for two months.