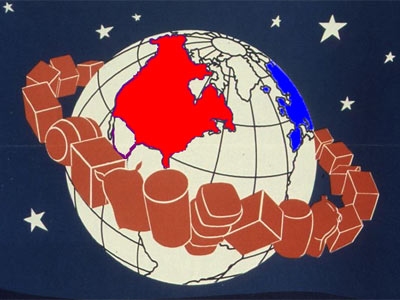 From Robert A. Manning, National Interest:  [C]onsidering the messy geopolitical landscape with few opportunities and no shortage of challenges, a successful new U.S.-EU accord could well end up as the signature foreign-policy achievement of Obama 2.0.

A U.S.-EU High Level Working Group is expected to issue a report in February calling for initiating talks on a trade and investment accord this spring. This may seem counter-intuitive: isn’t all the economic action in emerging economies, China, or the BRICs? Europe, in contrast, is engulfed in financial crisis. The continent’s future and currency, the Euro, seem in doubt. But Europe cannot be ignored. Today we are beginning to see signs of the EU financial situation stabilizing, with the first positive net inflows in three years, as investors are returning one hundred billion Euros to the Eurozone.

The sheer magnitude of U.S.-EU economic relations is eye-popping. Despite the recession plaguing the West, the U.S. and EU still account for about 50 percent of the world’s GDP and have more than $3 trillion in foreign direct investment in their respective economies. U.S.-EU trade in goods and services reached $636 billion in 2011, nearly 40 percent of the world total. Reinforcing the transatlantic economic relationship could give new impetus and focus to a sagging U.S.-EU relationship and enhance the global leverage of both actors. Call it the new Trans-Atlantic Partnership.

Hardly had the votes been counted last November when Europe’s top trade official renewed a longstanding call for a new trade agreement with the United States, a view strongly supported by key allies such as Germany’s chancellor Angela Merkel and UK prime minister David Cameron. The private sector on both sides of the Atlantic is no less enthusiastic. In a recent letter published in the Financial Times, a group of CEOs from Fortune 500 US and European firms stressed their enthusiasm for “a new and comprehensive deal to boost trade and investment flows across the Atlantic.” Reducing tariffs, regulatory barriers and opening new sectors to investment they argued, could boost U.S. and EU growth by as much as 1.5 to 2 percent a year, according to some studies.

Why now? At time when Washington and the EU’s twenty-seven member states are struggling to achieve growth and fiscal pressures make increased spending an improbable option, a trade accord could provide a stimulus at no cost to taxpayers. . . .

At a time of austerity, when many doubt the future military capabilities of NATO allies as defense budgets shrink, a trade accord could reinforce the EU role as a geoeconomic power. Europe has played a critical role, for example in tightening sanctions on Iran well beyond anything the mullahs anticipated. Collaboration with the EU is also key to pressing China to adhere to WTO rules. Acting in economic concert could be a source of leverage for the transatlantic community at a historic moment when power is diffusing to emerging economies like China, India, Brazil and Turkey.

There are multiple benefits, both economic and geostrategic, to both partners of a U.S.-EU free trade agreement—or economic partnership, as it is likely to be known. Whether its promise can outweigh the differences that must be overcome may be a key political question for Obama’s second term.

Robert A. Manning is a Senior Fellow at the Atlantic Council. He previously served in the State Department as a senior advisor to the Assistant Secretary for East Asia and the Pacific (1989-93) and on the Secretary’s policy planning staff (2004-08).  (photo: National Interest)