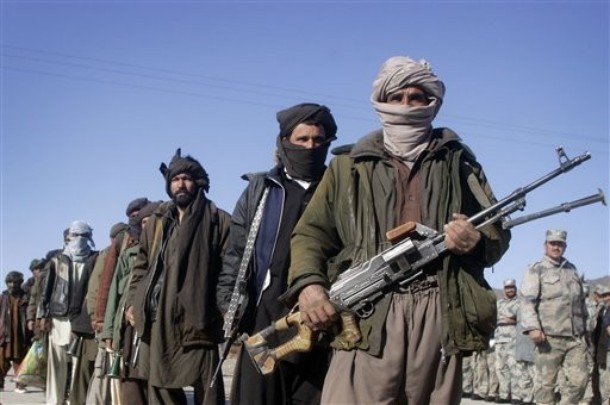 From Jon Stephenson, McClatchy:  The announcement by France last week that it would speed up the exit of its troops from Afghanistan has been greeted with a mixture of cynicism, disbelief and concern by politicians here.

"It may have a bad impact on other NATO allies," said Shukria Barakzai, an Afghan parliamentarian and chairwoman of the National Assembly’s defense committee. She said the announcement "might provide an excuse for other countries" to leave Afghanistan before the end of 2014, when NATO is scheduled to end its combat mission. . . .

While NATO officials pledged this week in Brussels to stick to their plan to hand security responsibilities over to Afghan forces by the end of 2014, the French decision has reverberated mightily in Afghan political circles and prompted some to wonder whether it could fracture NATO solidarity or further undermine the confidence of locals in the U.S.-led coalition. . . .

As NATO defense ministers prepared to open a meeting Thursday in Brussels to discuss their Afghanistan policy, the reactions of some politicians here to Sarkozy’s announcement indicates that a fresh layer of mistrust may have been added to the already tense relationship between Afghans and their allies. . . .

If France or other NATO members leave before the expected date, Afghanistan will return to the state it was in after Russian forces left in the 1980s, ushering in the era of the Taliban, he [Mawlawi Qalamuddin, a member of Afghanistan’s High Peace Council] said.

"The Russians left, and a 10-year war lasted 30 years," said Qalamuddin. "I don’t think the world wants to repeat that mistake by leaving Afghanistan as it is now."

Barakzai had a blunt message for NATO defense ministers: If alliance members wanted to demonstrate leadership, they would not give up on Afghanistan.

"Right now it seems to me everyone wants to find an exit," she said, "sometimes with excuses, sometimes without."  (photo: AP)