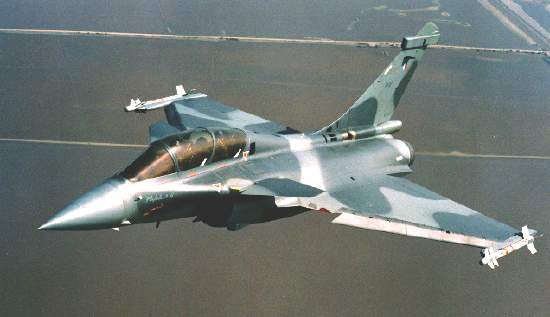 From Aviation Week:  France is facing the prospect of real capability gaps as the country adjusts its defense spending to try to bring down its mounting budget deficit.

As part of its first concrete action, the government announced Sept. 29 it plans to curtail defense outlays by €1.3 billion (U.S. $1.77 billion) over three years. The move, expected for months, is nonetheless significant because it reverses several years of increasing defense spending, even if only modestly at times.

But military officials worry the cutback is merely a first step. For instance, the French air force was hoping to start fielding a midlife update for the Mirage 2000D soon. That program has now been delayed and is not planned to emerge until 2017-18. One senior military official is concerned the program may never emerge. …

Industry also will benefit from €2 billion in stimulus money to be funded by a special bond issue. About €1.5 billion will go to support new civil aircraft and helicopter developments and the rest is for an Ariane 5 launch vehicle follow-on and new satellite developments.  (photo: Aerospaceweb)