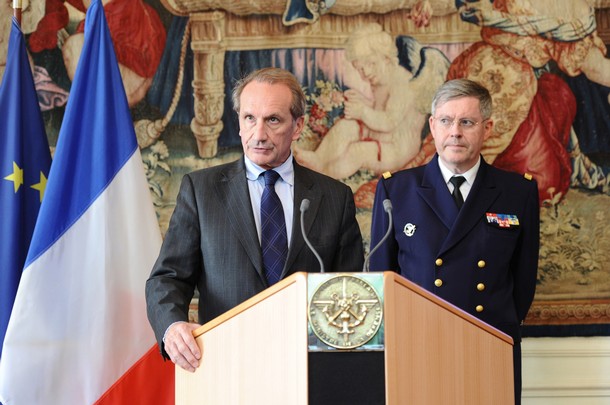 From Reuters:  France is pushing for NATO approval to extend military strikes on Muammar Gaddafi’s army to strategic logistical targets, to try to break a deadlock in Libya’s civil war as the civilian death toll mounts. …

While the focus will remain on air strikes from fighter jets, French Defense Minister Gerard Longuet said on Friday their target should move from Gaddafi’s military bases to logistics and decision centres.

Longuet told LCI television strikes should now focus on "military decision centres in Libya or on logistics depots which today are being spared." A French military source said the next step was to try and get an agreement on this.

"We have already hit military targets. We want to hit more and more strategic targets," the source said. "We have hit quite a few tanks and planes, we can continue on other targets. The idea is to weaken Gaddafi by hitting harder and harder … to strike where it hurts most but avoiding collateral damage."

"Now we need the coalition countries to agree on other targets," the source added. …

Longuet said targeting strategic military sites could avoid the coalition having to take the decision to arm the rebels.

"Our goal is not to organize a front, it’s that Gaddafi’s troops go back to their barracks," he said.  (photo: Getty)