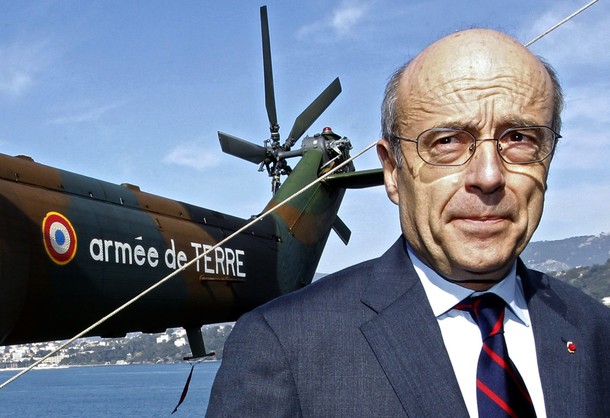 From Alan Cowell and Steven Erlanger, the New York Times:  France has also set itself apart from some other nations, including the United States, by insisting that any military support for the rebels be authorized by the United Nations Security Council, but not carried out by NATO, since the alliance has an aggressive image in the Arab world. Washington favors using NATO. Alain Juppé, now French foreign minister, opposed France joining NATO as a full member while he was out of government.

On Wednesday, Mr. Juppé, said, “It’s necessary to act now to stop the murderous repression that the Qaddafi regime continues to deploy. France has taken a very clear position: NATO is not the organization best designed to do it. …”

In the evolving diplomacy surrounding the conflict, Colonel Qaddafi has sent envoys across Europe and, according to some reports, Latin America and Africa, in many cases to argue against international intervention.

Om Wednesday, emissaries were reported to have visited Egypt, Greece, Portugal, Malta and Brussels, where European Union foreign ministers plan to meet Thursday to discuss Libya. Greece confirmed that the colonel himself had spoken with Prime Minister George A. Papandreou. A government statement in South Africa also said Colonel Qaddafi had spoken by telephone with President Jacob Zuma.  (photo: Reuters)