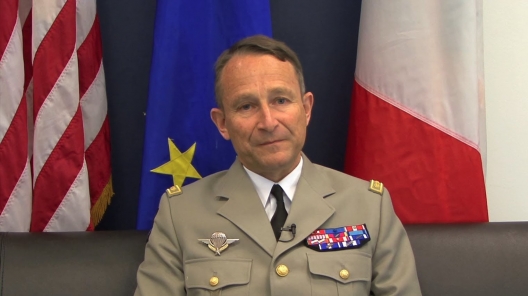 France’s top four military chiefs have threatened to resign if the government makes more cuts to their budget, with the defence minister warning a further drop in spending would leave it “unable to conduct new operations” abroad.

The heads of France’s army [Gen. Bertrand Ract-Madoux], navy [Adm. Bernard Rogel] and air force [Gen. Denis Mercier], along with the military chief-of-staff [Pierre de Villiers], made the unprecedented threat at a meeting last week, according to defence sources.

They warned that any more cuts – beyond those approved in a five-year defence budget in December – would torpedo France’s ability to undertake operations in places like Mali and the Central African Republic that have drawn praise from many allies.

Such a joint resignation would be a first in modern French history.

Reports of the threat came as it emerged that Jean-Yves Le Drian the defence minister, had sent a letter to the prime minister this month warning that more cuts would have “very grave military consequences” and leave France’s terrestrial army “under-equipped and rapidly unable to conduct new operations.”

He also wrote that the forces were in a state of “near exasperation” over current belt-tightening. . . .

The warnings came after Xavier Bertrand, a former centre-Right labour minister in the Nicolas Sarkozy administration, leaked finance ministry plans to shave up to two billion euros per year off the defence budget in coming years.