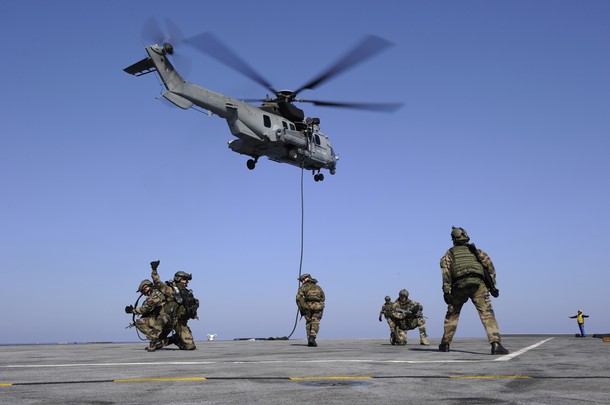 From RIA Novosti:  French Special Forces units have been deployed in a remote desert area in south-western Libya, where they have allegedly carried out a raid against Al Qaeda militants or arms smugglers, the Algerian El Khabar newspaper said on Thursday.

The newspaper quoted Algerian military sources as saying French unmanned aerial vehicles and warplanes had been searching for several days for a group of Special Forces soldiers lost in the desert. France reportedly requested Algeria to provide its air space for French planes to ease the search, but the request was not satisfied, the paper said.

The lost French soldiers were later found and evacuated, it said.  (photo: Getty)