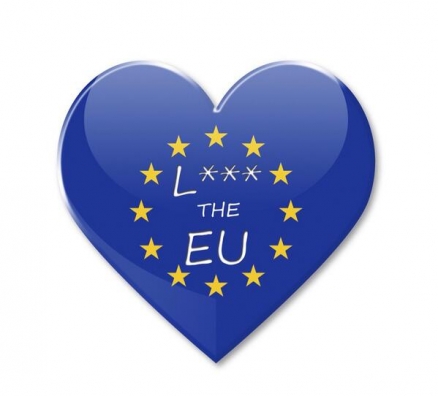 Victoria J. Nuland, who is the assistant secretary of state for European affairs, summed up her feelings about the European Union in what she might have described in her previous job, as the State Department spokeswoman, as a “frank exchange of views” with the American ambassador to Ukraine.

Her remarks — recorded surreptitiously and posted on YouTube, presumably, by the Russians — brought harsh words from the Germans and other Europeans, to whom Ms. Nuland has apologized. But to former colleagues who have walked the labyrinthine hallways of Brussels, her outburst was less shocking than familiar.

“Similar discussions have probably taken place between the European assistant secretary and colleagues dozens, if not hundreds, of times during the past 20 years,” said John C. Kornblum, who once held Ms. Nuland’s job. “I can assure you that I would be represented.”

“Post-Maastricht Europe has been a major disappointment to the United States for at least 15 years,” said Mr. Kornblum, referring to the treaty that established the European Union in 1993. . . .

By all accounts, Ms. Nuland is a competent, experienced, well-briefed diplomat. In addition to holding down the podium at the State Department, where she earned a reputation as a straight shooter who rarely made a gaffe, she has served as American ambassador to NATO and advised both Vice President Dick Cheney and Strobe Talbott, a deputy secretary of state in the Clinton administration. . . .

“Part of my charm, and my liability, is that I call it like I see it,” Ms. Nuland said in a telephone interview on Sunday. “I’m well known as the least diplomatic diplomat there is.”

Even in Europe, Ms. Nuland has her defenders. Poland’s foreign minister, Radoslaw Sikorski, posted a message on Twitter saying, “Critics of @VictoriaNuland worldwide: let him who has never used strong language in private cast the first stone.”

For her part, Ms. Nuland attributed her salty language to the eight months she spent on a Soviet fishing trawler when she was in her 20s. “So all roads go back to Russia,” she said.

Still, as Ms. Nuland prepares for a busy week of European diplomacy in Washington, she is taking a page from the European Union’s ambassador to the United States, João Vale de Almeida. On Friday, “in anticipation of Valentine’s Day,” he posted on Twitter a picture of a heart, in European Union blue, with the letters “L*** the E.U.” on it.

Ms. Nuland said she planned to wear a heart-shaped pin with that inscription to her meetings this week.