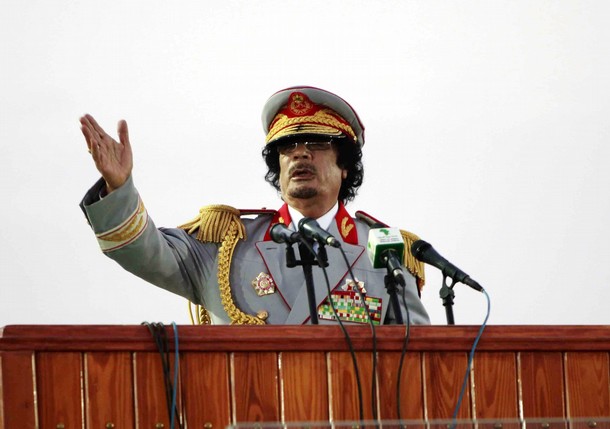 From Reuters:  African nations should join forces to create a one-million-strong army to protect the continent and confront outsiders like NATO and China, Libyan leader Muammar Gaddafi said on Tuesday.

Gaddafi, well known for his forthright rhetoric, has acquired growing influence in Africa but his ambition to build a united states of Africa is not shared by the continent’s biggest powers.

"National militaries alone cannot save countries. Africa should have one army with one million soldiers," Gaddafi said in a speech in the Senegalese capital.

He said the joint force would "guard the borders and seas, protect Africa’s independence and confront NATO, China, France, Britain and other countries."

Speaking at an event called the World Festival of Black Arts and Cultures, Gaddafi also attacked opponents of his long-standing proposal for a unified African government.  (photo: Reuters)