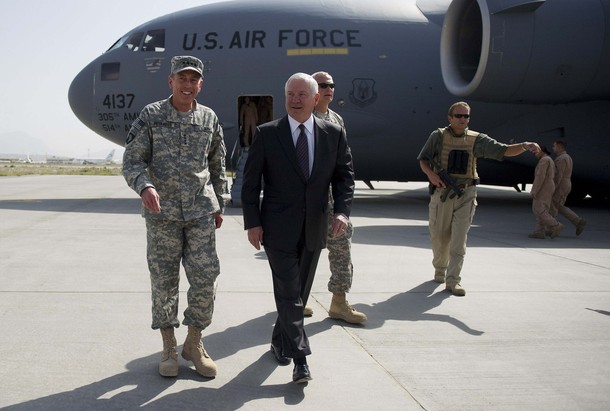 “Americans will still be here after July 2011, the president has been very clear, the pace will be determined by conditions on the ground,” he said.

In his remarks earlier, General [David] Petraeus also said that insurgents were still fighting hard for the farming area of Marja, the site of a major American military operation in February, which is not yet under control. General Petraeus said, however, that shops and a school had reopened, the district center had been rebuilt and a voter registration drive occurred there last week.