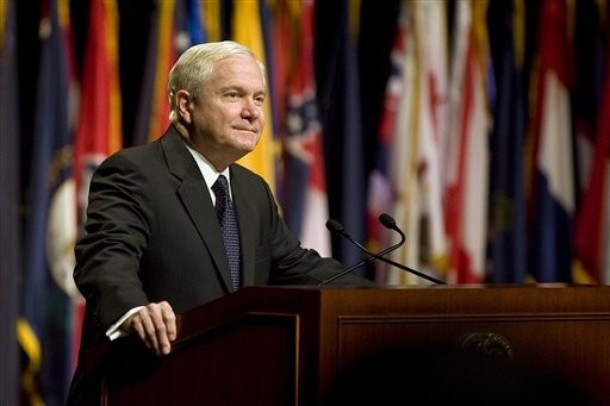 From the Washington Post: Defense Secretary Robert M. Gates vowed Saturday to lead an effort to cut as much as $15 billion in overhead costs from the Pentagon’s $550 billion budget and warned that without the savings, the military will not be able to afford its current force.

Under Gates’s plan, the billions taken from the Pentagon’s vast administrative bureaucracy would be used to pay for weapons modernization programs and the overall fighting force in Iraq and Afghanistan. …

Gates rattled off examples of costly bureaucracy inside the military, as well. A simple request for a dog-handling team in Afghanistan must be reviewed and assessed at multiple high-level headquarters before it can be deployed to the war zone. "Can you believe it takes five four-star headquarters to get a decision on a guy and a dog up to me?" Gates said to reporters Friday.

More than two decades after the end of the Cold War, the military still has more than 40 generals, admirals or senior civilian equivalents working in Europe. "Yet we scold our allies over the bloat in NATO headquarters," he said.  (photo: AP)