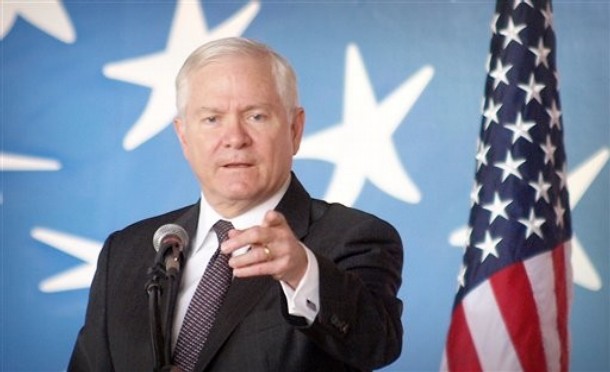 From Peter Spiegel, the Financial Times:  Robert Gates, the US defence secretary, criticised five European Nato members on Wednesday for not doing enough in the air war over Libya , a rare diplomatic breach that underlines the growing tensions within the alliance over who is bearing the burden of the two-month-old campaign.

During a closed-door meeting of Nato defence ministers, Mr Gates specifically named Germany and Poland as two countries with the capabilities to assist in the air war who were currently not contributing at all.

According to officials familiar with the presentation, he also pointed to Spain, Turkey and the Netherlands as countries who were still enforcing the no-fly zone, but should expand their participation, either by flying ground-attack sorties or assisting in other high-intensity missions, like reconnaissance flights or in-air refuelling.

“The burden of the strike mission is being borne by eight allies,” said a senior US official. “Crews are getting tired, the stress on the airplanes is significant, and you’re finding that already in key allies as they consider how they can continue and extend their operations.”

US officials are particularly concerned that a significant portion of the ground campaign is being borne by Canada and three “smaller European countries”: Belgium, Denmark and Norway.  (photo: AP)