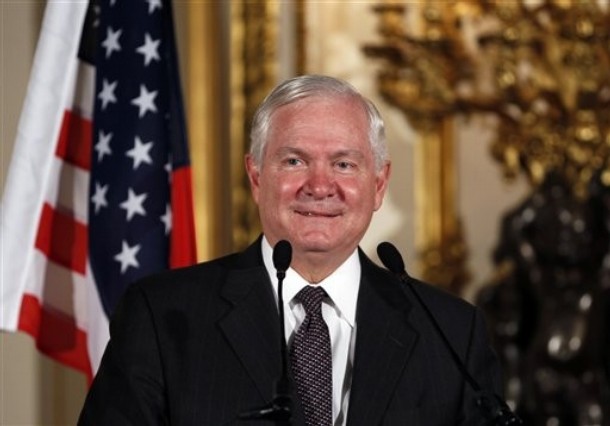 From Reuters:  The United States is concerned at a breakdown in Turkey’s relations with Israel and fears Europe’s rebuff of Ankara’s EU aspirations is pushing the pivotal country "eastward," Defense Secretary Robert Gates said Wednesday. …

"I personally think that if there is anything to the notion that Turkey is, if you will, moving eastward, it is, in my view, in no small part because it was pushed, and pushed by some in Europe refusing to give Turkey the kind of organic link to the West that Turkey sought," Gates told reporters in London. …

"The deterioration in the relationship between Turkey and Israel over the past year or so is a matter of concern," Gates said.

He appeared to blame the estrangement more on European obduracy than on Israeli behavior.

"We have to think long and hard about why these developments in Turkey (are occurring) and what we might be able to do to counter them and make the stronger linkages with the West more apparently of interest and value to Turkey’s leaders," he said.

An aide to Gates said Washington’s concerned included a perception that EU countries were setting the bar higher for Turkey than for past candidates for membership in a deliberate effort to make accecssion more difficult.

The 27-nation bloc has frozen negotiations on 13 of the 35 policy areas into which the EU talks are divided — eight due to Turkey’s refusal to open its ports and airports to traffic from Cyprus, and five due to French objections to discussing any item that implies eventual Turkish membership.  (photo: AP)