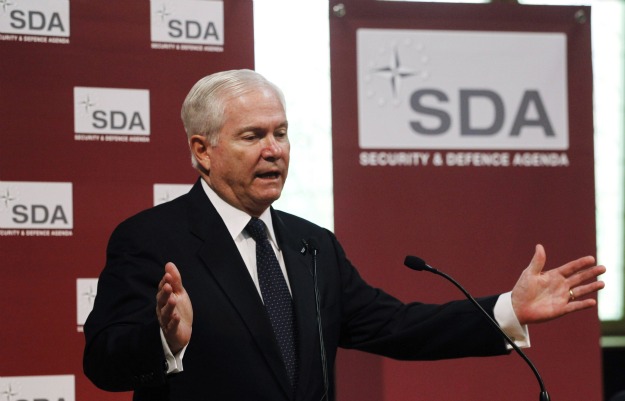 From Stephen Walt, Foreign Policy:  NATO has been on borrowed time ever since the Soviet Union collapsed, because military alliances form primarily to deal with external threats and they are hard to hold together once the threat is gone. In a sense it is remarkable that NATO has persisted as long as it has, but that was mostly because the United States could afford to subsidize European security and because Washington saw NATO as a useful tool for maximizing U.S. influence in Europe. . . .

Americans want Europe to spend more on defense, so that they can contribute more to our far-flung global projects. But why should they? Europe is peaceful, stable, democratic, and faces no serious external military threats. Its combined GNP exceeds ours, and the European members of NATO spend almost eight times more on defense than Russia does.   So where’s the threat? The plain truth is that Europe has little reason to invest a lot of money on defense these days, no matter how much Americans implore them to, and so they turn a deaf ear to American entreaties. . . .

As I wrote over ten years ago:

The Atlantic Alliance is beginning to resemble Oscar Wilde’s Dorian Gray, appearing youthful and robust as it grows older-but becoming ever more infirm. The Washington treaty may remain in force, the various ministerial meetings may continue to issue earnest and upbeat communiqués, and the Brussels bureaucracy may keep NATO webpage up and running — all these superficial routines will go one, provided the alliances isn’t asked to actually do anything else.  he danger is that NATO will be dead before anyone notices and we will only discover the corpse the moment we want it to rise and respond."

It’s actually worse than I anticipated: We probably hastened NATO’s demise by saddling it with a series of missions that it was never expected to perform and that were badly handled from the start.  Secretary Gates deserves credit for some plain talk about the current situation, but his sober words won’t be nearly enough to overcome the deep structural forces at work. (photo: Jason Reed-Pool/Getty)