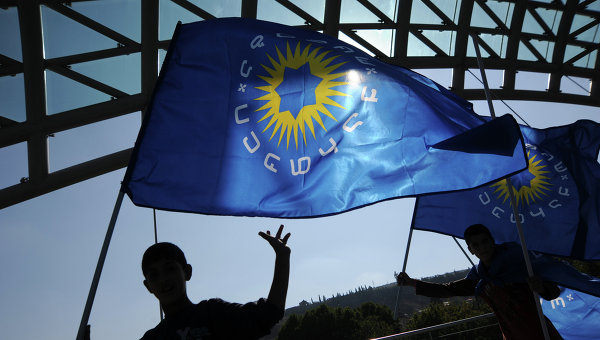 From RIA Novosti:  Georgia will not trade away future membership of NATO in order to secure improved relations with Russia, Zviad Dzidziguri, a representative of the Georgian Dream coalition which won the country’s parliamentary elections in October, said on Monday.

Dzidziguri’s remarks came after Russian Foreign Minister Sergei Lavrov said on Sunday that a meeting would take place between Georgian and Russian representatives in the near future.

The Georgian Prime Minister’s special representative for normalization of relations with Russia, Zurab Abashidze, said on Monday he would meet Russia’s Deputy Foreign Minister Grigory Karasin later this week as part of the ongoing Geneva discussions on resolution of the situation in the Caucasus

"The Georgian diplomatic team has enough sense to see that normalization of relations with Russia does not occur at the expense of integration with NATO," Dzidziguri said in a statement on Maestro television.  (photo: Andrei Smirnov/RIA Novosti)