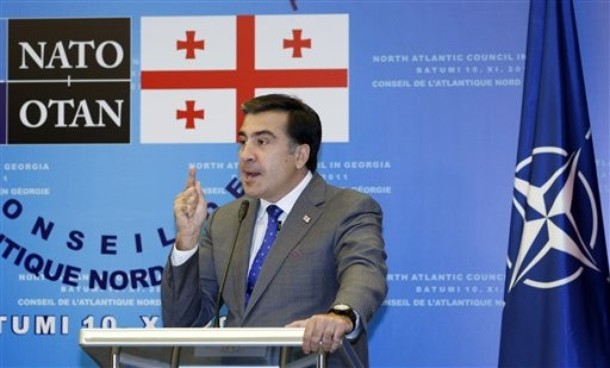 From Joshua Kucera, the Bug Pit:  Georgia has released its new "National Security Concept" document, updating it from the 2005 version which said there was “little possibility of open military aggression against Georgia." Now, unsurprisingly, Russia dominates the document: of the twelve "Threats, Risks and Challenges to the National Security of Georgia" it identifies, ten are tied to Russia and its role in the breakaway territories of Abkhazia and South Ossetia. . . .

[F]or whatever reason [the document] doesn’t mention Western Europe at all (though of course the EU and NATO as organizations are prominently featured). There is a whole paragraph on Latin America and the Caribbean, but no mention of France, Germany, the UK? No doubt the Western European reluctance to admit Georgia into NATO is the major factor there.  (photo: AP)