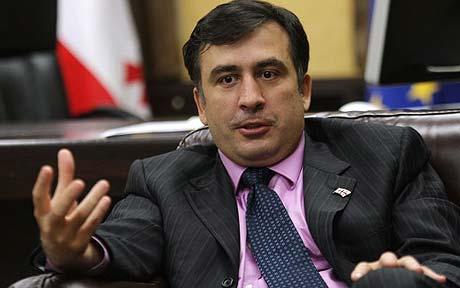 From the AP:  The president of Georgia said Thursday he’s willing to resign if Russia withdraws its troops from two separatist Georgian regions that split off in the 2008 war between the two countries. . . .

He said he would sign an agreement with Russian President Dmitry Medvedev to resign “if Russia is prepared to return to Georgia control of the territory it occupies … and pull out its troops. . . .”

Medvedev, in an interview broadcast live on national television Thursday, called Saakashvili “a nobody, a zero. Sooner or later he will go into political history and we are prepared to form relations with any other leader of the country that appears, restore diplomatic relations, go as far as they are prepared to go.”  (photo: Oli Scarff/Telegraph)