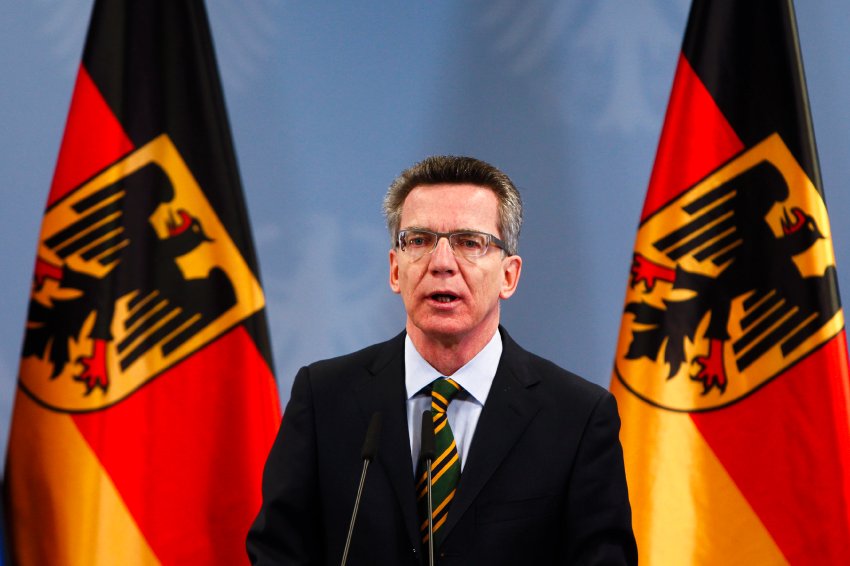 From AP:  Germany’s Cabinet on Thursday approved sending German Patriot air defense missiles to Turkey to protect the NATO member against possible attacks from Syria, in a major step toward a possible Western military role in the Syrian conflict.

Defense Minister Thomas de Maiziere told reporters that two batteries with a total of 400 soldiers would be sent to the border area under NATO command for one year, although the deployment could be shortened.

The decision must be endorsed by the German Parliament, which is expected to take the matter up between Dec. 12 and 14, but approval is all but assured.

The Dutch Cabinet is expected to announce approval Friday contingent on parliamentary approval.

De Maiziere said the overall mission was also expected to include two batteries each from the Netherlands and the United States, and that NATO Airborne Warning and Control System aircraft, or AWACS, will also be involved.

From NBC News:  The first diplomat said that NATO’s Supreme Allied Commander Europe, U.S. Admiral James Stavridis, had the power to deploy NATO’s own fleet of AWACS surveillance planes if he judged it necessary to counter a specific threat and would not need ministerial approval.

However, there is no immediate plan for him to do so in the case of Turkey.

From Spiegel:  The mission will involve up to 400 troops from the German military, the Bundeswehr, and also includes personnel for AWACS surveillance aircraft and commando units. . . .

Despite the maximum total of 400 soldiers allowed by the mandate, only some 220 troops will likely be sent initially, plus those manning the AWACS aircraft that are already in the area.

From Stephen Fidler, Wall Street Journal:  The U.S. Patriot missile capability is in heavy demand in other parts of the Middle East and in Asia.

The total of six batteries is significantly fewer than implied by Turkey’s first request. According to one person involved in discussions between Turkey and Germany, Turkey originally sought help to defend all population centers within 50 miles of Turkey’s roughly 565-mile border with Syria, implying the need for as many as 15 batteries. . . .

A Turkish Foreign Ministry official said the number of batteries "is a matter that’s being talked about between Turkey’s armed forces and NATO. It will be decided between them. Talks on this matter are ongoing."

Given their size—the most modern Patriots carry 16 missiles per launching station—the batteries may have to be shipped by sea. The first is likely to take several weeks to arrive, with others following later, diplomats and officials said.  (photo: AP)