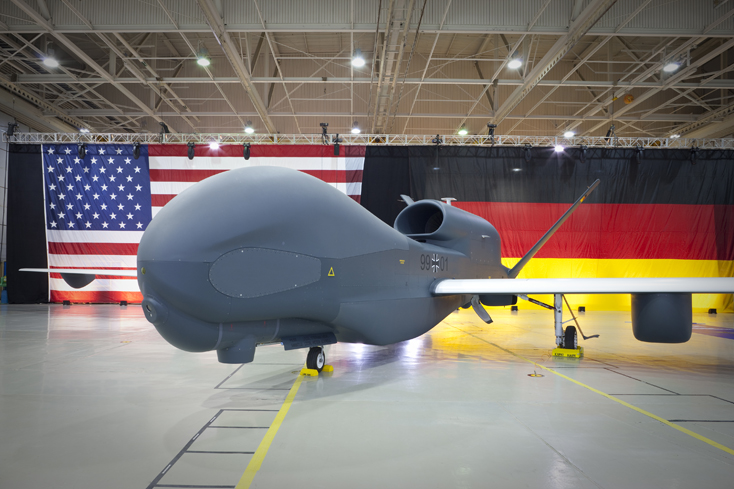 From Chris Pocock, AINonline:  In a report to parliament last week, German Defense Minister Thomas De Maziere called for NATO and Europe to achieve clarity on the certification and operation of UAVs. He said that a German military airworthiness authority would be established. Amid opposition calls for his resignation, he justified the continuation of the Euro Hawk into this year, even though the problems of achieving certification were apparent some time ago. Without the development aircraft, the ISIS could not have been flight-tested, De Maziere wrote. ISIS accounts for no less than €360 million of the €662 million that has been committed to the Euro Hawk program. The development Euro Hawk will continue flying until September so that these tests can be completed.

The report revealed U.S. export constraints on moving the Euro Hawk mission planning system to Europe; these constraints will continue until 2017. The report also noted that the U.S. Air Force decision early last year to ground the Block 20 and 30 versions of the Global Hawk is causing concern about higher overheads and the supply of spare parts. The U.S. Congress has not endorsed the grounding decision.  (photo: Northrop Grumman)