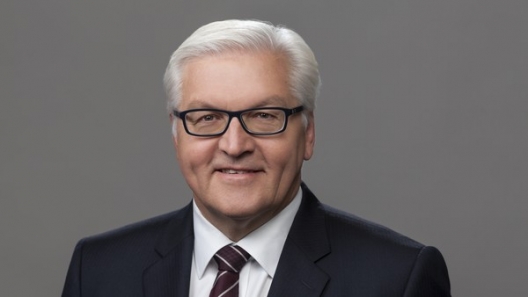 SPIEGEL: When the UN Security Council gave the green light for an intervention in Libya three years ago, Germany abstained. You agreed with that decision.

Steinmeier: We need to keep those two things separate. The vote in the Security Council was one thing, the German decision not to contribute militarily was another. I thought it was the right thing for Germany not to take part in the intervention, and I still do. And I’m not very impressed by what those who dropped bombs on Libya have left behind. . . .

SPIEGEL: That sounds as if you’re mostly talking about diplomacy. When it comes to military intervention, you yourself have said that a culture of restraint cannot become a culture of disengagement. Has that too frequently been the case in the past?

Steinmeier: At the end of the nineties, I was part of our decision to take part in the NATO airstrikes against Serbia. We said no to the war in Iraq and yes to the deployment in Afghanistan. You have to look at those decisions together. Those were very difficult choices that were made with a lot of responsibility. That will continue to be the case in the future. . . .

SPIEGEL: We’ve spoken about difficult partners, and on Thursday you’ll be visiting one. What will you tell US Secretary of State John Kerry about the mood in German parliament?

Steinmeier: The United States look at the balance between freedom and security differently than the Europeans, especially the Germans. It has a lot to do with history. The divide is a deep one and we cannot underestimate the work that lies ahead of us. I doubt, by the way, that a “no-spy agreement” will get us very far.

SPIEGEL: The Americans continue to spy on us unapologetically and your reaction is: Let’s talk about it?

Steinmeier: I don’t believe the Americans will continue to act as they have. Washington has hopefully understood that the way it treats its partners can have a political price. In other areas, the European and American concept of privacy is still very different. I’d like to talk about this with Secretary of State Kerry.