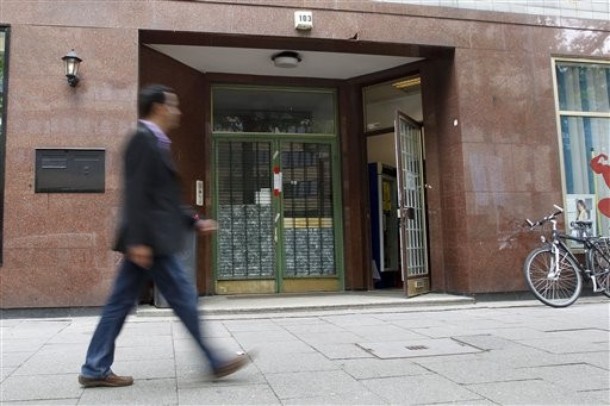 From David Rising, the AP:  Between 15 and 40 Germans and a smaller contingent of other Europeans are believed to be getting militant training in Pakistan’s lawless border region, intending to join the Taliban’s fight against NATO forces in neighboring Afghanistan or return to Europe and strike at the soft underbelly of those countries.

Their presence has attracted fresh scrutiny after a European terror warning based on information from a German-Afghan captured in Afghanistan, and a CIA drone strike Tuesday that allegedly killed eight German militants in North Waziristan – an al-Qaida and Taliban hub that the Pakistani army has so far left largely alone. …

"For three or four months we have been hearing that there are people who say they are from Germany who have been trickling in one by one," said retired Brig. Mahmood Shah, the former chief of security of Pakistan’s tribal regions. "Some people say that they are Turkish, or appear to be Turkish, or maybe Turkish from Germany. …"

Of the Germans in the region, most recent attention has been on Ahmed Siddiqui, a German citizen of Afghan descent who had been in the Mir Ali area and was captured in Afghanistan in July. He is now being interrogated by U.S. forces at the Bagram Air Field, German and U.S. officials have said.

American officials say Siddiqui provided some details of an early-stage terrorist plot to attack targets in Britain, France and Germany, which led to the recent warnings in Europe.

Siddiqui was one of about a dozen radical Muslims who left the northern port city of Hamburg in 2009 to pursue terrorist training in the border region, said Rolf Tophoven, director of the Germany-based Institute for Terrorism Research and Security Policy. …

A German intelligence official said that authorities were aware of Siddiqui being part of the "Hamburg scene of Islamists" who they assumed was heading to Pakistan to "take part in jihad," but that there was no way to prevent him from leaving the country.  (photo: AP)