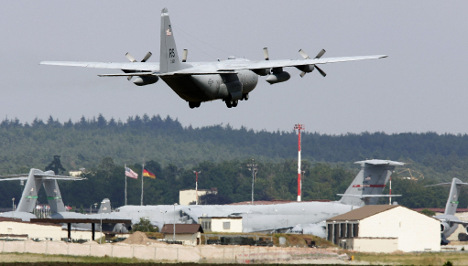 From AFP:  German police have arrested a civilian employee of NATO on suspicion of espionage at the US air base at Ramstein in the west of the country, federal prosecutors said Tuesday.

The prosecutor’s office in the southwestern city of Karlsruhe said the 60-year-old German national identified only as Manfred K. was believed to have stolen "state secrets" for unidentified "third parties".

"He is believed to have illegally acquired, as a NATO civilian employee, classified data belonging to his employer at the US armed forces’ air base at Ramstein and to have copied it onto his personal computer," it said in a statement.

From RIA Novosti:  The Ramstein Air Base, located in the German state of Rheinland-Pfalz, is the headquarters of the U.S. Air Forces in Europe (USAFE) and one of NATO’s two air command headquarters. The other one is located in Izmir, Turkey.

In February, NATO officials announced plans to turn the Ramstein base into a command and control hub for the alliance’s European missile defense forces.  (photo: DPA)