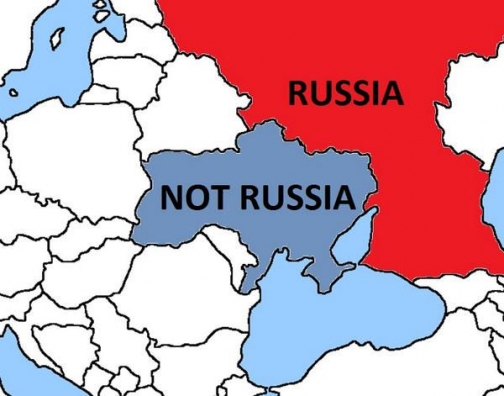 [The] open letter, entitled “Secure Peace, Do Not Reward Expansionism” argues that Putin’s Russia is the clear aggressor against Ukraine, that Russia has violated past agreements in Georgia, Moldova and Ukraine, that Russia’s media has defamed the Ukrainian people (who bore the brunt of World War II losses), and that the territorial integrity of Ukraine (and Georgia and Moldova) should not be sacrificed to the “level-headedness” of German policy towards Russia. The “Do Not Reward Expansionism” letter was signed by one hundred top academics from Germany’s fabled universities and by foreign correspondents specializing in Russia and Ukraine. . . .

*  The authors of “Do Not Reward Expansionism” offer that it is no accident that practically no signer of “Not in Our Name” is an expert on Russia or Ukraine. Rather, they have limited understanding of post-Soviet space and have not conducted the necessary research and study of the history of the region to know what they are talking about.

*  The overwhelming majority of true experts agree that there is a clear aggressor and a clear victim in Russia’s War On Ukraine. Russia cannot be regarded as a “victim.”

*  No defect of the Ukrainian political system can be used to justify Russia’s annexation of Crimea and its veiled military intervention in East Ukraine. (They might have added: Who is Russia to criticize Ukraine’s political system?)

*  If Russia feels threatened by EU or NATO expansion, it should complain to Brussels and not instead inflict thousands of deaths and devastating destruction via a hybrid war on Ukraine, which is not even a member of either organization.

*  Why negotiate in good faith with a Russia that has not honored its international agreements in past “dialogs”? In the 2008 agreement, negotiated by the EU to end the Georgian conflict, Russia agreed to remove its troops from occupied territory. Russian troops remain to this day. (The authors might add that Russia has not honored any of its Ukraine agreements from Geneva to Minsk).

*  Experienced journalists remember that only three percent of the Russian people considered the potential NATO entry of Georgia and Ukraine as a major danger to their country. NATO refused these countries admission in 2008 because of pressure from Germany reacting to warnings from Russia.

*  Half truths, falsehoods, and defamation of the Ukrainian people circulate widely in Germany as a consequence of superficial research and the frequent appearances of Kremlin spokespersons and Putin Vesteher (literally “Understanders”) on German television. There is no reason to complain that Putin’s propaganda is not reaching the German people via mainstream media.

*  Peace should come about not through weapons or the legitimization of offensive military actions.

*  The attempted export of Putin’s illiberal society to Germany should be combated in Germany’s own interest.

*  The German state should actively aid the Ukrainian state, which lost a minimum of four million in World War II and had two million of its people forcibly transported as Ostarbeiter to work for the German war effort.

Paul Roderick Gregory is a member of the International Advisory Board of the Kiev School of Economics. The views expressed in this article are those of the author and not of the school.