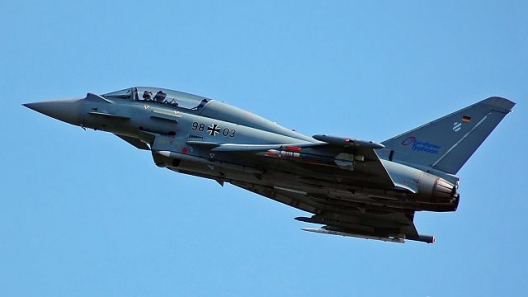 Germany’s defense ministry is planning to reduce its order for Eurofighter jets from 180 to 143, according to media reports on Thursday.

The reduction had already been decided in late 2011 by the then-Defence Minister Thomas de Maziere, the report said.

Beemelmans was fired from his post as secretary of state Thursday over a series of procurement problems, including of a scandal-tainted drone project, by new Defence Minister Ursula von der Leyen. . . .

“We should reduce the Euro Fighter fleet to 108 machines, that’s enough,” he said.