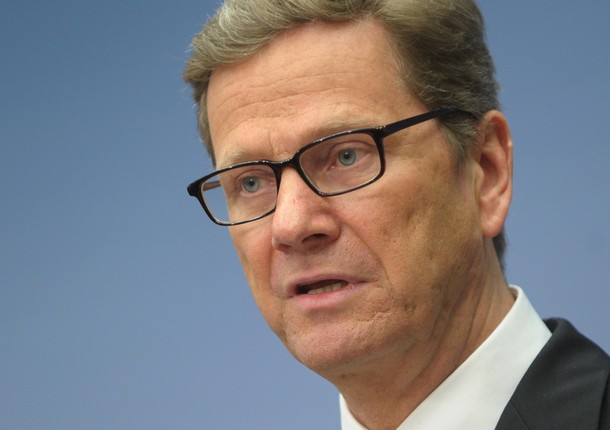 From Nicholas Kulish and Alan Cowell, the New  York Times:  As tensions mount between Western nations and Syria, the German authorities said on Thursday they had ordered the expulsion of four Syrian diplomats after arresting two men accused separately of spying on opponents of President Bashar al-Assad.

The police here arrested the two men on Tuesday saying they were “strongly suspected of investigating Syrian opposition members in Germany for a Syrian intelligence service over a period of years.”

The men were identified, under standard German procedures, only as Mahmoud El A., 47, of Lebanese descent, and Akram O., 34, a Syrian.

State and federal police officers searched the homes of six other suspects “believed to be involved in espionage,” prosecutors said.

In a statement on Thursday, Guido Westerwelle, the foreign minister, said four diplomats — three men and a woman who were not identified by name — had been given three days to leave Germany. Mr. Westerwelle did not go into detail about the expulsions, but officials said the embassy personnel were suspected of carrying out activities incompatible with their diplomatic status, a formulation that usually refers to espionage. . . .

After Tuesday’s arrests, Mr. Westerwelle summoned the Syrian ambassador to tell him that intimidation of Syrian opposition figures in Germany would not be tolerated, officials said. According to German news reports, the two arrested men were not themselves diplomats, but worked closely with Syrian Embassy officials.

Their activities were said to have included infiltrating demonstrations to photograph Syrians opposed to President Assad and then transmitting the images to Damascus along with other information about the regime’s opponents. . . .

In October, a Syrian-American man was arrested in the United States and accused of secretly working with Syrian intelligence to gather information on overseas protesters against the government in Damascus. The Syrian Embassy in Washington has called the charges baseless. (photo: Getty)