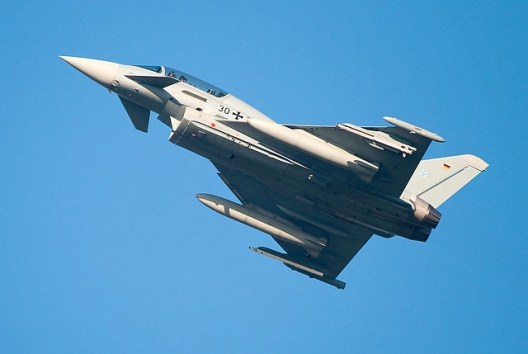 Der Spiegel said the defense ministry was ready to make available up to six aircraft for a strengthened air patrolling mission in parts of eastern Europe. The number of NATO aircraft would be at least doubled, said the magazine. . . .

Der Spiegel quoted German Foreign Minister Frank-Walter Steinmeier as saying it was important for NATO to keep a cool head and not get dragged into a military escalation.

“At the same time, our partners know that we stand for solidarity in the alliance with no ifs and buts and not just when the weather suits,” der Spiegel quoted.

In response to the report, a defense ministry spokeswoman said any army mission must be first decided by politicians.

But once a political decision had been made “the army could take part in flights to patrol airspace with AWACS machines over Romania and Poland as well as training flights in the framework of a NATO air policing mission over Baltic states”, she said.