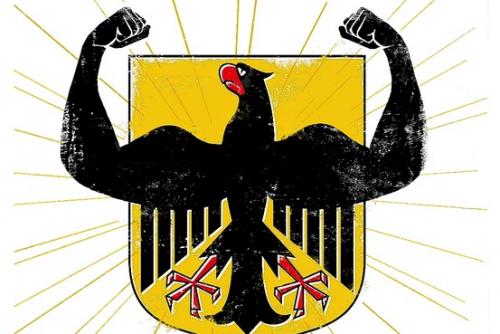 From Ulrich Speck, Financial Times:  For Germany, the status quo is not an option any more. During the cold war, it was in a position of weakness: defeated, divided, rather isolated and threatened by nuclear annihilation. The US helped Germany get back on its feet, protecting and supporting its re-emergence, even its reunification. The European project has provided the country with a ring of friends and partners. . . .

Germany has been the biggest winner. It is the strongest power in Europe, thanks to its size, its geographical position at the centre of the continent, its economic strength and its unthreatening attitude towards others. Germans are rich, free and safe. But the order that allowed Germany into this position is unravelling.

As the US tires of policing the world and the eurozone struggles through its crisis, Germany must decide what kind of order it wants to support in Europe and elsewhere. It has become too important just to follow its instincts and hide behind bigger powers. It is one of the big players itself now, and carries the burden of responsibility – even if Germans overwhelmingly have not realised this yet.

So far Germany has used its new powers rather negatively: vetoing initiatives and delaying change. Its goal, more felt than explicitly stated, has been to keep the old order intact. . . .

As for the project to replace departing US hard power with a European military capacity, Germany has constantly disappointed its partners. Its participation in the Balkans and in Afghanistan looks now like an exception as it has fully swung back to its former pacifist mood.