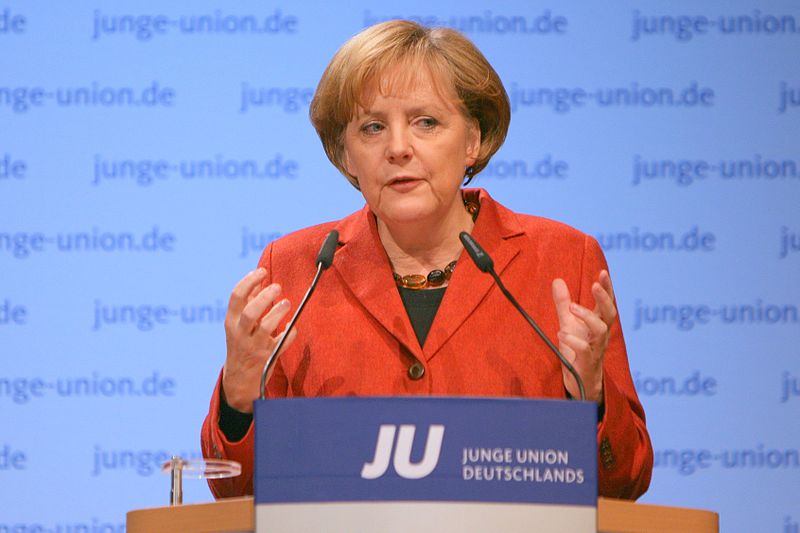 From AP:  The German government said Friday that it isn’t considering joining military action against Syria and hasn’t been asked by others to do so.

Berlin has called for the international community to take a “clear position” following the alleged chemical attack that killed hundreds of civilians in Syria last week, but has left open what exactly that might entail.

Germans are generally wary of military action and Chancellor Angela Merkel’s government is treading carefully ahead of Sept. 22 elections. Polls have suggested that a majority of voters oppose German participation in any strike against Syria.

From Spiegel:  On Monday, she [Merkel] came out strongly in favor of an international response to the massacre last Wednesday. “The alleged widespread use of gas has broken a taboo,” Merkel’s spokesman Steffen Seibert said. “It requires consequences and a very clear response is needed.”

Foreign Minster Guido Westerwelle joined her. Saying the use of chemical weapons would be a “crime against civilization,” Westerwelle said: “Should the use of such weapons be confirmed, the world community must act. At that time, Germany will belong to those who support consequences.”