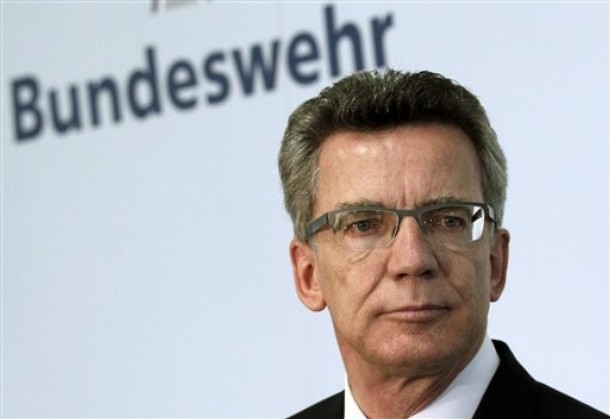 From Thomas Harding, the Telegraph:  Nato has turned to Germany to replenish it arsenal of bombs and missiles in a bid to keep the coalition together for the campaign against Col Muammar Gaddafi’s regime.

With the number of "smart" bombs dropped on Libya estimated at more than 2,000 some Nato allies have seen their stocks dramatically depleted.

Both Denmark and Norway are understood to have asked for more bombs through the Nato Maintenance and Supply Agency and the German defence minister Thomas de Maiziere has granted permission to release stocks.

The move is politically sensitive as Berlin opposed the fighting having abstained from UN Resolution 1973 authorising force to be used to protect Libyan citizens from Col Gaddafi’s forces. Guido Westerwelle, the country’s foreign minister, has criticised the mission.

But Nato sources said the move showed that the Germans were now "keen to make the point that they are part of the team". However it was unlikely that the weapons would be a "freebie" and the Berlin government would probably charge their allies. . . .

The news comes on the day that the RAF stopped its three Nimrod R1 eavesdropping aircraft flying missions after they were axed under defence cuts. The intelligence capability gap will now be made by French, American and Italian planes. However an RAF crew will now fly in American Rivet Joint spy plane patrolling Libyan skies. (photo: AP)