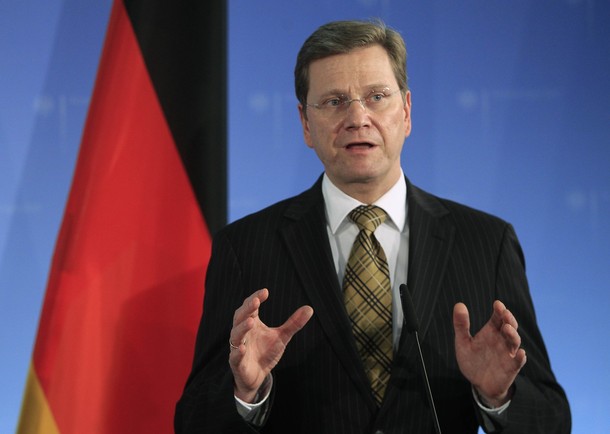 From Judy Dempsey and Matthew Saltmarsh, the New York Times:  Germany, which has the third largest military force in Afghanistan, will start withdrawing its 4,800 troops as early as next year, ending its mission there by 2014 , the foreign minister told Parliament on Thursday.

The move comes as a review of the war strategy in the United States has concluded that American forces can begin withdrawing on schedule in July. It also comes just days after Britain, which has the second largest number of troops in the country after the United States, said it was “possible” that its troops could start leaving next year.

Speaking to the lower house, or Bundestag, the foreign minister, Guido Westerwelle, said the deployment of German troops had been right because it was about defending Germany’s security. But, he added, “It must not go on without end.”

He said the first batch of troops would be withdrawn from the north of the country, which is expected to be one of the first regions to be handed over to Afghan security forces. …

NATO leaders agreed last month at a summit meeting in Lisbon to start withdrawing the alliance’s troops from Afghanistan early in 2011. Some forces will remain there, however, to provide support to the Afghan military. NATO has more than 150,000 troops in Afghanistan.  (photo: Reuters)