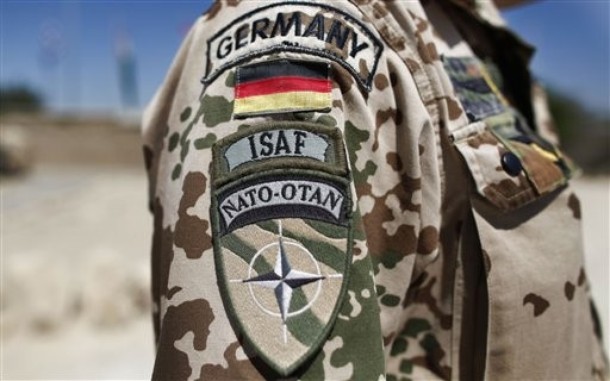 From Ulrike Demmer and Christoph Schult, Spiegel:  The Germans are no longer being as rudely berated as in 2006 , when a member of the British House of Commons, speaking at a meeting of NATO parliamentarians in Quebec, sharply criticized the Germans’ role in Afghanistan, saying: "Some drink tea and beer, while others risk their lives." That rage has now given way to deep resignation. "The United States doesn’t even perceive us as a player anymore when it comes to security policy," says a staff member at the German Embassy in Washington. . . .

But a military division of labor only works if all parties can trust one another. NATO must be able to completely rely on the fact that the partner countries will also make their promised capabilities available, said Canadian Defense Minister Peter MacKay at the Brussels meeting. It was a criticism aimed primarily at the Germans.

Ever since the Germans chose to abstain from voting on the United Nations resolution on Libya, the allies have had growing doubts about their reliability. Shortly after the vote in the UN Security Council, German Defense Minister de Maizière had the German soldiers removed from the AWACS aircraft monitoring the no-fly zone over the North African nation.

Germany lost its credibility as a result, says a general with the German armed forces, the Bundeswehr. "Pulling out our soldiers from a multinational project like AWACS, especially when we were in charge, was a sign of a lack of solidarity. That won’t be forgotten, not even in a few months." Germany, he adds, shouldn’t even bother to propose any new multinational projects.

Since then, the defense minister has described another cooperation project as an "acid test" for the alliance. But his words were a little premature, as became clear last week when the budget committee of the Bundestag, the lower house of the German parliament, refused to approve the German share of a joint purchase of "Global Hawk" drones that were to become part of a new ground reconnaissance system.

"Under such conditions, pooling and sharing is either doomed to failure, or it remains limited to the few nations — like France and Great Britain — that are both willing and able to cooperate," writes Karl-Heinz Kamp of the NATO Defense College in the German-language Journal of Foreign and Security Policy (ZfAS). . . .

Christian Mölling of the Institute for International and Security Affairs believes that the argument is a pretext. "The Bundestag has never rejected or refused to extend a mandate." The government, he adds, is only too happy to use the requirement of parliamentary approval as an excuse for its lack of commitment. . . .

In January, representatives of the NATO member states attended the traditional Defense Planning Symposium at the NATO school in the Bavarian town of Oberammergau. The figures that German Brigadier General Ansgar Rieks presented to the partners were greeted with amazement. The attendees wanted to know why, after completion of the Bundeswehr reforms, only 10,000 of up to 185,000 German troops are to be available for foreign missions.  (photo: AP)