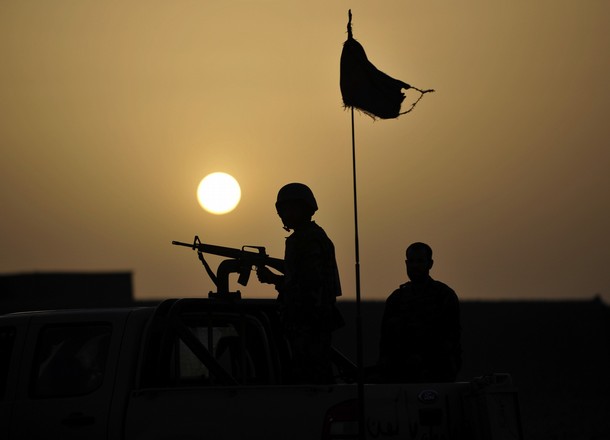 From Alissa J. Rubin, the New York Times:  In the fertile lowlands of eastern Afghanistan it is already summer, and the warm nights send families out of sweltering houses and into their courtyards so that they can sleep in the relative cool of the night breezes.

That is why a 12-year-old girl, Nelofar, was sleeping outside with her family early Thursday morning.

A raid by NATO troops singled out the wrong house, and she was killed along with her uncle, who was the target of the raid, because he was incorrectly believed to be a local Taliban leader. NATO apologized for its error. . . .

NATO issued a statement that said she had been shot. “An individual ran out the back of the compound toward the outer security perimeter and was killed when the security force mistakenly identified what they suspected was a weapon on the individual,” it said. “Later, the force discovered the individual was an unarmed Afghan female adolescent. . . .”

Rear Adm. Harold Pittman, NATO’s deputy chief of staff for communications, apologized for the deaths. “We are deeply sorry for this tragedy and apologize to the members of the Afghan government, the people of Afghanistan and most importantly, the surviving family members of those killed by our actions,” Admiral Pittman said. “We understand any civilian loss of life is detrimental to our cause and to our efforts to secure the population.”  (photo: Getty)