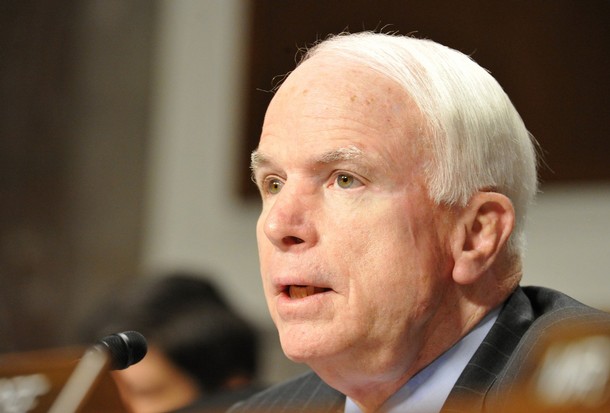 From Josh Rogin, Foreign Policy:  Senior Republican senators continued to criticize the leakers and WikiLeaks for publishing the reports, while moving to tie the incident to their long held criticism of Obama’s July 11, 2011, date to begin the withdrawal of U.S. troops.

"We need Pakistan’s help to rid the region of the Taliban, but for that to happen we must convince the Pakistanis and the Afghans that we won’t abandon them — and with President Obama’s call for an arbitrary withdrawal date that’s a hard sell," Feinstein’s committee counterpart Sen. Kit Bond, R-MO, told The Cable.

Levin’s counterpart on the Armed Services Committee, Sen. John McCain, R-AZ, said in an interview that the effort to convince both Pakistan and Afghanistan to commit to the fight against the Taliban was being undermined by their shared perception that America is on the way out.

"The ISI is maintaining ties with the Taliban. That’s exacerbated by the fact that we’ve said we’re going to leave in the middle of next year. There are many countries and factions that are hedging their bets and accommodating for that eventuality," he said.

Even if Obama doesn’t intend to pursue big withdrawals quickly, the date is being used by America’s enemies to convince Afghan locals not to risk their lives and side with the U.S., according to McCain, who recently traveled to the Afghanistan.

"It hurts us across the board all over the region," he said.  (photo: Getty)