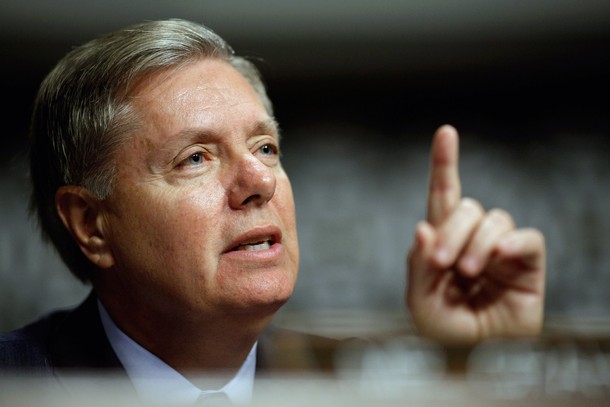 From Gabriella Schwarz, CNN:  Republican Sen. Lindsey Graham of South Carolina has a recommendation to NATO and the Obama administration when it comes to their involvement in Libya : bomb Libyan leader Moammar Gadhafi’s inner circle and remove him from power.

"Go to Tripoli, start bombing Gadhafi’s inner circle, their compounds, their military headquarters in Tripoli," Graham said Sunday on CNN’s "State of the Union." "I think the focus should now be to cut the head of the snake off. That’s the quickest way to end this."

Graham, a member of the Senate Armed Services Committee, was an early proponent of a no-fly zone in Libya and has consistently said troops should attack Gadhafi while arming anti-Gadhafi rebels. . . .

NATO is uneven in terms of this engagement strategy. The American airplanes have been taken out of the fight. It’s making it more difficult for NATO to support the rebels. . . ."