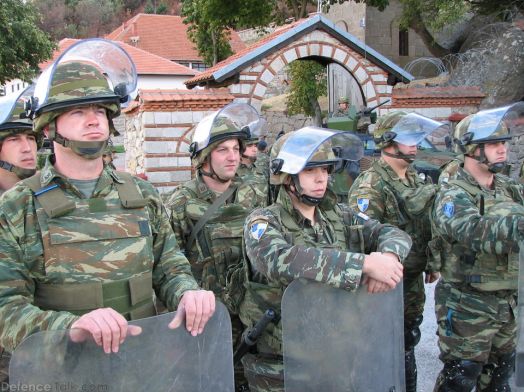 From AFP:  Greece’s military is to massively scale back a peacekeeping mission to Kosovo and cut anti-piracy patrols in Somalia as the nation battles a major debt crisis, the general staff said on Thursday.

Over 600 Greek troops and support staff will be gradually taken out of Kosovo starting November under a broader withdrawal by NATO-led peacekeepers (KFOR) while a Greek frigate just rotated out of a NATO anti-pirate squadron in Somali waters will not be replaced, Bonoras said.

"The general KFOR scaleback from 10,000 to 2,000 troops was already planned so this facilitates us," Bonoras said.

"As for the Greek frigate, she is part of two NATO squadrons that alternate every six months. Her tour of duty just ended and she will not return."