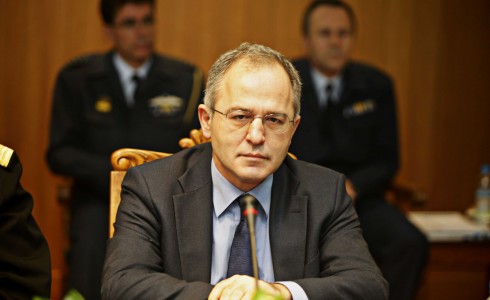 From the Athens News:  Greece will significantly reduce its participation in Nato and EU military missions due to the economic crisis in the country, National Defence Minister Panos Beglitis announced on the sidelines of an informal EU defence ministers’ Council held here on Friday.

He said that the ministry was preparing to cut down Greece’s participation in the Nato and EU missions in Afghanistan, Kosovo and Somalia, noting that local political forces in Afghanistan and Kosovo were anyway entering the phase where they would gradually take over control.
Beglitis made it clear, however, that Greece would not withdraw entirely and will continue to maintain a small presence as long as the international missions continued to exist.  (photo: defensegreece.com)
Economy & Business European Union International Organizations Politics & Diplomacy