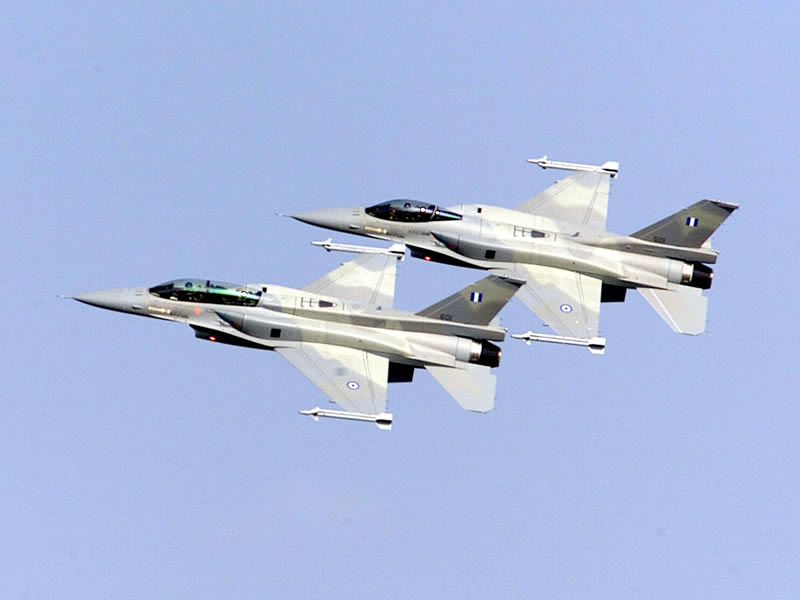 From AFP:  Two Greek fighter jets collided in mid-air on Thursday, the defence ministry said, killing one of the pilots and leaving two other crew injured.

The collision between the two F-16 planes, a one- and two-seater respectively, happened south of the island of Crete during training in air fighting involving six aircraft, the air force high command said.

A fisherman engaged in a search of the area found the body of one pilot a few hours later, state television reported.

The two others were plucked from the sea after ejecting, one of them with serious injuries to his head and one lung.  (photo: Defense Industry Daily)