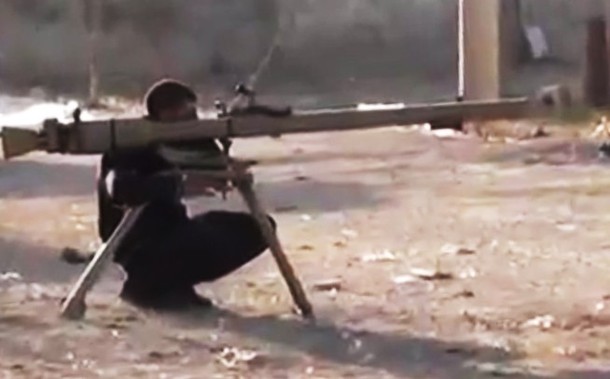 From Stephen J. Hadley, the Washington Post:  What began as a peaceful civil resistance is increasingly degenerating into a sectarian war between Syria’s Sunnis and its Alawite Shiites that will almost surely spread beyond its borders. A war between Sunni and Shiite — backed by the Sunni Arab states on the one hand and Shiite Iran on the other — risks destabilizing not just Syria but also Iraq (which is still recovering from its own sectarian violence), Lebanon (which only recently regained its independence from Syrian occupation), Jordan (a long-standing U.S. ally) and even Turkey (worried about its restive Kurdish minority). Any of those developments would be a huge setback for U.S. allies and regional stability. It would squander a decade of U.S. investment of blood and treasure in the Middle East.

To avoid this looming debacle, the United States needs a much more active Syria policy. Necessary steps include:

●Increase efforts by U.S. intelligence officers to vet opposition groups. Identify those who support a unified Syrian opposition with an inclusive, cross-sectarian message and who are not affiliated with al-Qaeda or other terrorist groups. Help direct to such groups weapons provided by Saudi Arabia, Qatar, Turkey, the United States and European states. Include appropriate numbers of antiaircraft and antitank weapons so these groups can create no-fly/no-drive havens in which to train their forces and shelter at-risk civilians.

●Expand non-lethal support to these vetted opposition groups. Include food, water, cooking oil and fuel so they can provision themselves and take care of civilians in areas liberated from the Assad regime. . . .

This more active Syria policy does not involve U.S. airstrikes or “boots on the ground,” although the use of force should remain on the table to further pressure Assad. One hopes that U.S. military intervention will not be necessary. But that will be the case only if the United States provides appropriate numbers of antitank and antiaircraft weapons — despite the real risk that some weapons may fall into the wrong hands — so that U.S.-vetted opposition units can counter Assad’s stepped-up use of aircraft and helicopters against his own people. That way, when Assad falls, it will be the Syrian people who have toppled him. This is what Syrians clearly want. But they also want, need and deserve a little help from their friends.