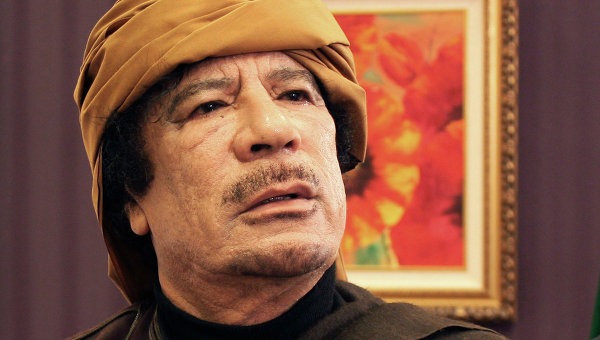 From Marlise Simons, the New York Times:  The International Criminal Court in The Hague issued arrest warrants on Monday for Col. Muammar el-Qaddafi, his son Seif al-Islam and his chief of intelligence, Abdullah al-Sanoussi on charges of crimes against humanity stemming from the first two weeks of the uprising in Libya that led to a NATO bombing campaign.

The issuing of the arrest warrants immediately raised the issues of how — and if — the court could gain custody of the men without having police powers of its own.

Lawyers following the court argue that the shortest route would be for Libyan rebels to capture the suspects. Failing that, NATO, now in the 100th day of its air campaign against Colonel Qaddafi’s forces, could expand its mandate to include the arrest of the three Libyans. But any overt or covert operations to track down the suspects would require that NATO leaders revise their current policy of having limiting the alliance action to aerial attacks.  (photo: Huseyin Dogan/Reuters)